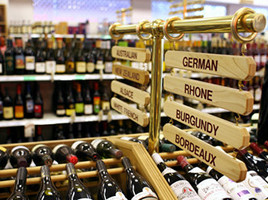 The House Liquor Control Committee voted today to move the Wine and Spirits privatization bill, HB 790, to the full House for consideration.  The bill was supported with a party line vote, 14 Republicans voting in favor and 10 Democrats voting against.

House Bill 790 would eliminate nearly 5,000 good, family-sustaining jobs; it will more than double the number of stores in Pennsylvania that are able to sell alcohol; and it’s not even clear if the proposal will make any money!

We need you to take action now!

If you have not already e-mailed your legislator to ask them to oppose HB 790, please do so now by CLICKING HERE!

If you have already taken action, then we need you to share this page on facebook and twitter, or email the link to your friends and family, encouraging them to take action on this critical issue as well.

Tell your legislators that:

Privatization will eliminate nearly 5,000 good, family-sustaining jobs in Pennsylvania. The administration claims that through incentives for rehiring that job loss will be minimized, but The Public Finance Management report that the Governor ordered makes it clear that large chain retailers will not need to hire new workers in order to accommodate the addition of alcohol sales.

Governor Corbett is promising a $1 billion windfall from his privatization scheme, but the same Public Financial Management report says that the transition cost to his new system would be $1.4 billion, including the closing costs for the stores, unemployment compensation for displaced workers, etc. This means an actual net loss of $400 million! On top of this the Commonwealth will lose out on the $500 million in annual sales and tax revenue that the State Wine and Spirits Stores generate.