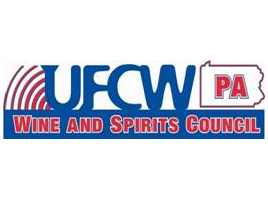 “We’re not surprised.  We’ve said consistently that the more people learn about privatization and what it means for our families and communities, the more public support drops.

“Gov. Corbett and the privateers can spin as hard as they want, but the fact remains that his plan will put thousands of people out of work; put 1,100 Main Street beer distributors out of business; and put alcohol on every street corner.  It’s a bad idea, and Pennsylvanians get it.”

The F&M poll also found that voters do not consider privatizing the Wine & Spirits stores or the PA Lottery a priority.  These two proposals by Gov. Corbett rank at the bottom of the list of issues Pennsylvanians care about, according to the poll.

In addition, the poll found that 57 percent of the state’s registered voters believe “… the state-owned liquor stores should continue as they are (31 percent) or be modernized (26 percent)” but only 37 percent they should be sold to private companies.

Tony Helfer, President of UFCW Local 23, noted that the F&M poll follows an aggressive campaign by Gov. Corbett and the state’s leading corporate interests on behalf of privatization.  The governor and Lt. Gov. Jim Cawley have held campaign-like appearances across the state.

“They pulled out all the stops and called in all their corporate buddies – the chambers of commerce, the PA Manufacturers’ Association, and look at what happened.  The Governor has been quoted in recent weeks saying that seven out of 10 Pennsylvanians support his plan. That’s bunk, and it’s time the media calls him on it,” Helfer said.

Young urged State Senate members to listen to their constituents and pass legislation to expand consumer convenience while maintaining a valuable publicly-owned asset that generates more than $500 million a year in profits for all taxpayers.  Of that total, $103 million was profit last year.

“The Senate has a great opportunity to pass legislation with bipartisan support to give Pennsylvanians what they want – more convenience – without threatening jobs and small businesses.  It’s time to modernize the agency – which is what the voters want.  Pennsylvanians do not want 30,000 retail outlets selling alcohol.

“It’s time for Gov. Corbett to listen to Mothers Against Drunk Driving, many other organizations, law enforcement, public health professionals and a majority of Pennsylvania voters and pull the plug on this ridiculous idea.”