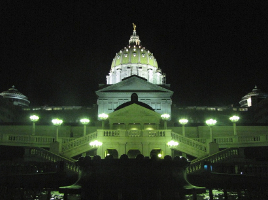 UPDATED Saturday June 29, 9:23am – Last night, the Senate suspended the rules of their chamber and called their members to session after midnight, for the purpose of passing an amendment to HB 790.  This Pileggi amendment would, among other things, allow gas stations to sell alcohol, and make it easier for more grocery and convenience stores to obtain licenses as well.  This amendment passed on a party line vote, 27 to 23, during a session that ended at 1:30am, and passed an amendment that the public had no opportunity to review, and that significantly changes the existing legislation.  We believe that such legislative maneuvering undermines the spirit of the reforms that were adopted following the 2005 midnight pay raise, and are unworthy of the institution that these Senators represent.

A vote on final passage will be called this afternoon.  Please keep the e-mail and phone calls coming, and make sure to spread the word about this so that these Senators know that they can’t avoid public outcry simply by meeting after midnight!

E-Mail Your State Senator Now!  Tell Them To OPPOSE This Late Night Push For Privatization!

Original Story From Friday Night: Word has just come down that the State Senate has suspended the rules – drafted in response to the midnight pay raise vote – to allow them to hold session after 11:00pm tonight.

They are meeting now to amend HB 790 in an effort to secure the 26 Senate votes needed for final passage.  HB 790 is the Wine & Spirits privatization bill that was passed in March by the State House.

Let your State Senator know that you are watching, even when they suspend the rules and hold session in the middle of the night.  We cannot let the jobs of 5,000 hard working men and women be the casualties of this late night stunt by Corbett’s privateers!