You are here: Home › Legislation & Policy › Our Bottom Line:  The Pennsylvania Budget 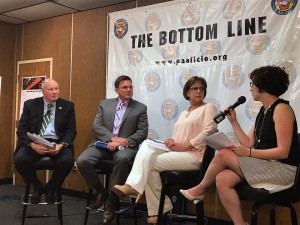 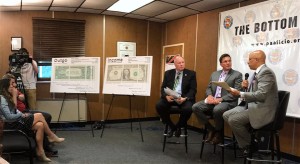 The officers of the PA AFL-CIO focused their myth-busting efforts on emphasizing the current inequalities in our tax system.  Since 1972, the share of the State’s funding coming from Corporate taxes has been halved, forcing working people to shoulder a disproportionate amount of the responsibility.  Working people generate approximately 77% of the Commonwealth’s revenue through personal income tax and sales tax.  Guests Tammy Geanangel and Reesa Kossoff detailed two options for generating long-term revenue to lighten the load, closing the Delaware Loophole and enacting an extraction tax on the Marcellus Shale. 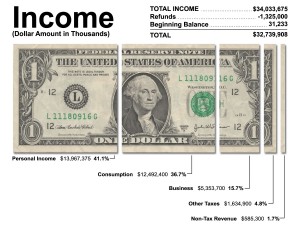 On Friday, the State Senate and House passed the first part of their 2017-2018 budget: the spending plan.  Next week, the revenue portion of the budget is expected to be discussed, and potentially voted on, following the July 4th recess.  The spending plan so far includes additional funds for education, an increase of $100 million for public school operations and instruction, $9 million in additional funding to state-owned universities, and a 15% increase ($30 million) in early-childhood education funding.  The budget also marks $12 million for manufacturing assistance in Pennsylvania to bolster good jobs and maintains funding for Industry Partnerships. 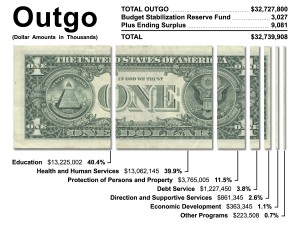 It is the hope of the PA AFL-CIO, that the chambers of the General Assembly return from the July 4th holiday ready to fund the programs above, and ask that corporations pay their fair share for the good of the Commonwealth.